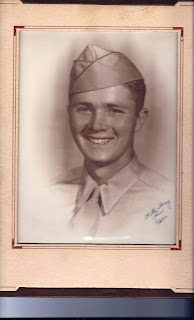 Your daughter-in-law,
Cecily
Posted by Cecily Cone Kelly, One Bad Apple Genealogy at 5:41 PM No comments:

Dear Grandparents,
Though I often post about your adventures centuries ago, there are those of you who remain mysteries to me. Many of you were born in 19th century America, I'm sorry to admit. When I can find European Records several centuries older it bedevils me to admit that you remain successfully hidden in my own country. The single common denominator among you is the commonality of your surnames.

First example: Elizabeth Jane Jones. I have been searching for the identities of her parents for years.
According to her daughter Sarah Amanda (Gibson) Hugunin's family Bible, she was born 2 May 1821 in Tennessee. She married Newsom Gibson 29 Dec 1840 in Davidson County, Tennessee and died 1 Jan 1895 in Chicago, Cook County, IL. I have no way to distinguish her from the others named Elizabeth Jones and connect her to her parents.

Second: William Henry Colby, my second great grandfather was born between 1827-30 in New Hampshire or perhaps NY according to records I've discovered.  I have not been able to determine which of the William or Wm Colbys listed in the 1850 Federal Census is him. He married Fanny Hutchinson Hunnewell 11 May 1855 in Lake County, Illinois. My Great Grandfather William Wallace Colby was born 16 Oct 1857 in Black Hawk County, Iowa. The other children are all born in Lake County. Usually in the census he is listed as a farmer however in the late 1870s the family is living in Logansport, Indiana and William is running a broom making business. The broom making is corraborated by a letter written by my Great Grandfather to a cousin.
I have found many William Colby's born in New Hampshire between 1825-1830 but still not the clue to link him to his parents. I have DNA matches the tie into descendants of Anthony Colby who immigrated from England with the Winthrop Fleet in 1630 but no paper trail.

Third: Another 2nd Great Grandfather Simpson Barnes' parents remain unknown.  Simpson is supposed to have been born 10 Feb 1825 in New York according to family records that I have not seen. He married Angelina Burgoyne 15 Nov 1848 in Hillsdale County, Michigan.

According to census records he also lived in Wapello County, Iowa and Jefferson County, Kansas. There are 15 other Barnes families listed in Hillsdale and surrounding counties on the 1850 census. I'm working on finding a Barnes connection that went on to Iowa and Kansas. So far, it seems he followed his wife's family.

Fourth: Nancy Carr, one of my third great grandmothers, born 5 Feb 1791 in Northampton, Pennsylvania and died 17 Apr 1871 in Wabash County, Indiana. She married Tobias Werst circa Dec 1815 in Pennsylvania and their first son Joseph Carr Werst was born there 23 Sep 1816. The family emigrated to Butler Township, Darke County, Ohio by 1830. By 1855 they are living in Wabash County, IL. Nancy named her first son Joseph Carr Werst and that is my only clue as to the name of her father. There is a Joseph Christopher Carr who died 7 Apr 1839 and is buried in Bucks County, PA not far from where Nancy (Carr) Werst was living on Keystone Run, Northampton County. Once again there are many Joseph Carrs in the area and I have not found the record that ties Nancy to one of them.
So I continued to be challenged by the common names of my ancestors. It is particularly frustrating that all these examples are on my mother's line. I have DNA matches that link me to cousins that are descendants of most of these ancestor but no one has additional information. Here's hoping that one or more of these mysteries are solved this year. 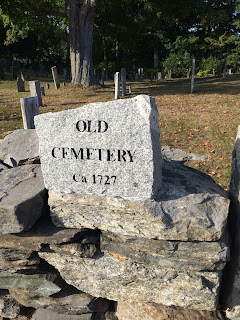