Dear Grandparents,
It's been awhile since I've written a post for Surname Saturday. Today I've selected Van Vredenburg, one of the many surnames of Dutch origin found in our family tree. My 8th great grandfather, Willem Isaacsen Van Vredenburgh arrived in New Netherlands 17 May 1658 on the ship 'de Vergulde Bever' or gilded beaver. The patronymic Isaacesen in Willem's name indicates that he was the son of Isaac Van Vredenburgh.

Vredenburgh family researchers have put together a website that provides additional information about Willem's origin http://vredenburgh.org/vredenburgh/pages/dutch.htm. Kenneth Scott, writing an article "The Vredenburg Family" in the New York Genealogical and Biographical Record, volume 95, no. 2, P. 79 discusses records found in the "Geementearchief in Hague" stating on "July 16, 1634 banns were published in the Groote Kerk in the Hague for Ysack Wilernss Van Vredenburch, young man, and Cornelia Jans, young woman, both living in the Hague and they were married in the Groote Kerk on August 6, 1634, by Comine Eleasear Lotius." Mr. Scott cites his source as City Trouw Boek 742, p. 84, verso and Groote Kerk Boek 32, p. 73. 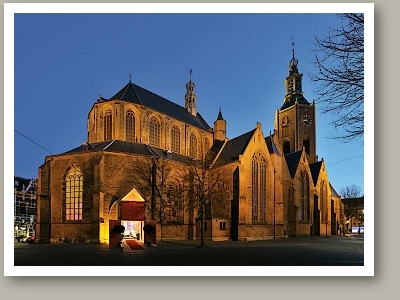 Most of what I know about Willem Isaacsen Van Vredenburgh comes from an article written by his descendant La Rue Vredenburgh of Sommerville, New Jersey and published in the Somerset County Historical Quarterly January 1918. It seems that Willem was a soldier in the service of the Dutch West India Company when he arrived in New Amsterdam (later New York City). It is unclear how long he remained in the service. La Rue states, "He is found later at Fort William Henrick in the City of New Orange (on Manhattan Island), Kingston and finally in New York City."

There is evidence that the Dutch practiced the 'law of eminent domain' as in "New Orange his is mentioned as having a house and lot in 1673, which was ordered to be pulled down because (it was) too near the 'walls and bulwarks' of the fort."

So many more records to find on my next trip to visit my sister Trude in Amsterdam!
Love,
Cecily
Posted by Cecily Cone Kelly, One Bad Apple Genealogy at 11:53 AM