Dear Grandparents,
In the last ten years or so, we have been celebrating Grandparents Day. My Grandson Cooper appeared at our door this morning with a card, saying "open it Grancy, its Grandparents Day."
It made me think about how lucky I am to be near my grandchildren and part of their lives. I was also lucky enough to know three out of my four grandparents and a step-grandfather who we always thought of as ours.

So today I'm introducing my grandparents....

First my maternal Grandfather and namesake Cecil Oscar Werst. Born March 16, 1900 in Valley Falls, Jefferson County, Kansas, Cecil was the 10th of 11 children born to Lewis Werst. His mother was Lewis' second wife Mary Jane Barnes.  His first wife Lunetta "Mattie" Fitzsimmons died shortly after her third son was born and her older boys were 4 and 2. Mary Jane really raised all of them. There was only one girl in the family.

Cecil was still an infant when his family moved to Garfield County, Washington following in the footsteps of his former brothers-in-law. The family soon moved on to the Belma area of Yakima County which has now been absorbed by Grandview. Lewis worked as a carpenter and construction manager. His death in 1916, forced Cecil to leave school to support his mother and younger brother.
In fact in the 1920 Federal census he is listed as the head of household, working as a laborer doing general work.

In 1923 he was visiting his older brother Clem in Pendleton, Oregon. Across the street, my Grandmother Grace Colby was visiting her sister....they were married in Spokane, August 8, 1924.
Cecil was working as a manager at the Real Silk Hosiery Factory and Grace worked for the Spokane newspaper until the birth of their daughter Betty Lorraine Werst.
﻿
Unfortunately, the small family was shattered by Cecil's sudden death October 24, 1927. He had an abscessed tooth removed by a dentist and in the days before penicillin was dead within a week when and infection set in.

I never knew Cecil and my grandmother did not talk about him much as she had long since remarried when I was a child. Cecil also missed out on knowing his younger daughter Helen Louise who was born five months after he died. I wonder what he would think of the family he founded today.


Ada Grace Colby Werst Branchflower is my maternal Grandmother. Named for her mother's best friend Ada McNay and her sister Grace Hugunin, she was born October 21, 1902 on the Colby farm near Kirwin, Phillips County Kansas.  She was the last of five daughters born to William Wallace and Mary Elizabeth "Mamie" (Hugunin) Colby. She was more than ten years younger than her next sibling. She was the pet of the family and called 'tickie' because she was always running like a clock.

In 1912, the family left the familiar environs of Kansas moving to a Pine Lawn Farm just outside Newberg, Yamhill County, Oregon. They made the trip by train with Mamie and daughters Madge, Pansy and Grace riding in coach and W. W. Colby riding in the livestock cars with his prized mules.
Mamie died suddenly in 1917 at age 49 leaving Grace and W.W. stunned. They survived as Grace quickly stepped up to the role of lady of the house. 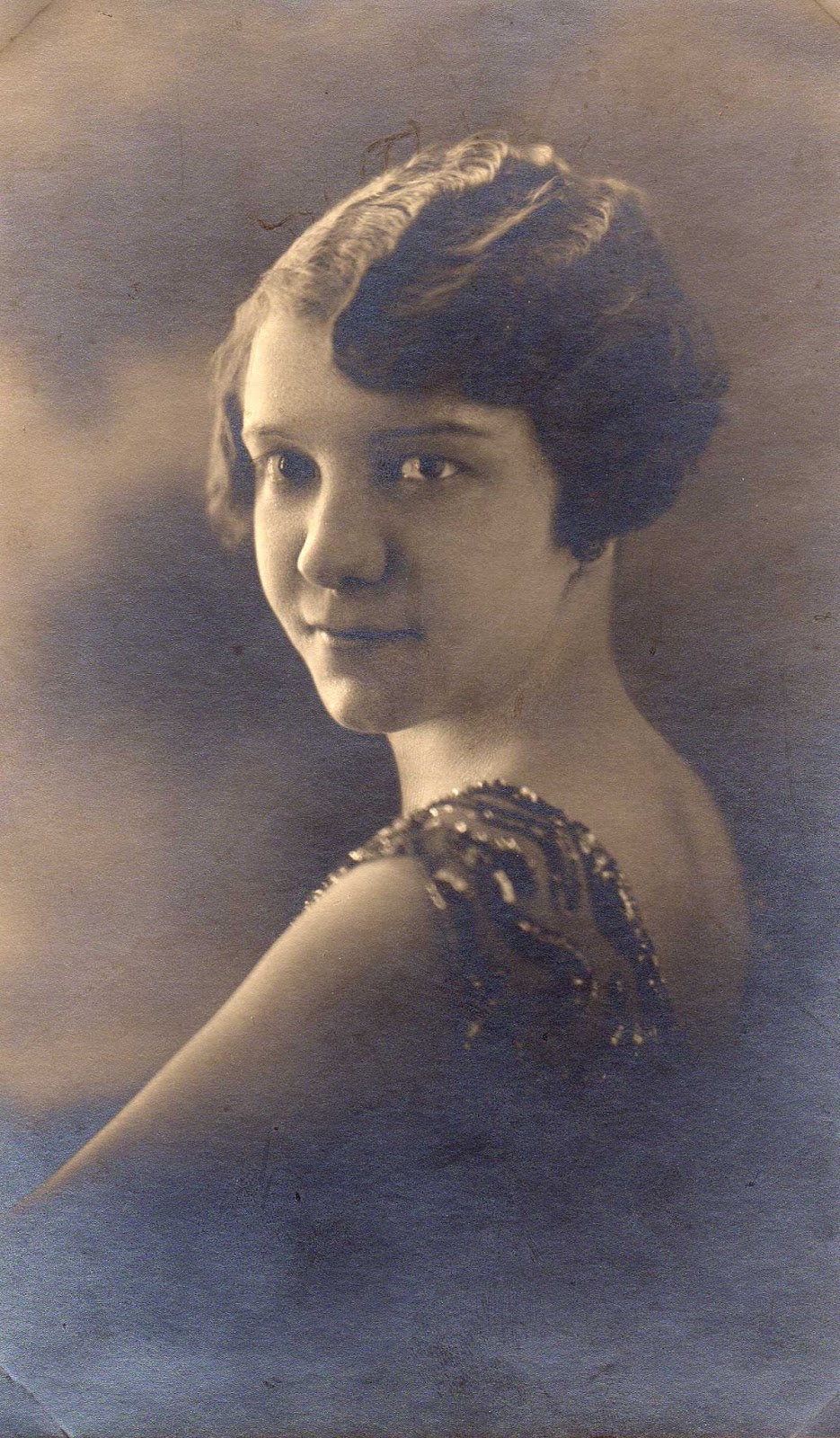 Graduating from high school in 1921, Grace left for Corvallis and Oregon Agricultural College (now Oregon State University). W. W. decided that he could not manage the home and farm without a woman's touch and married his late wife's best friend Ada McNay who had also been widowed. Returning from college in the summer of 1923, Grace found that her role as 'lady of the house' had been assumed by her father's new wife and there was not room for her. She promptly left for her sister Madge's in Pendleton. You know what happened from Cecil's story above.


I always admired my grandmother, widowed at age 25, she survived and cared for her children even returning to Newberg to care for her father when Ada McNay Colby died. She is responsible for my interest in family history and genealogy because I loved the stories she told of her family and ancestors. She died in 1973


My paternal grandfather, Charles Newton Cone was born December 6, 1898 in Worthington, Nobles County, Minnesota. The fourth of five children born to Frederick Naaman and Helen Brown (Newton) Cone. His family was also on the move shortly after his birth when the entire Cone, Clark, Newton clan moved to Mapleton, Utah. The family were lay missionaries for the Presbyterian Church. A precocious mind, young Charles chafed at the restrictions placed upon him being one of the few non-Mormons in school. The Springville Presbyterian church congregation took up a collection to send him to Fairmont College (now Wichita State University). He graduated in 1920 with a BS in Chemistry and followed his family to Salem, Marion County, Oregon. 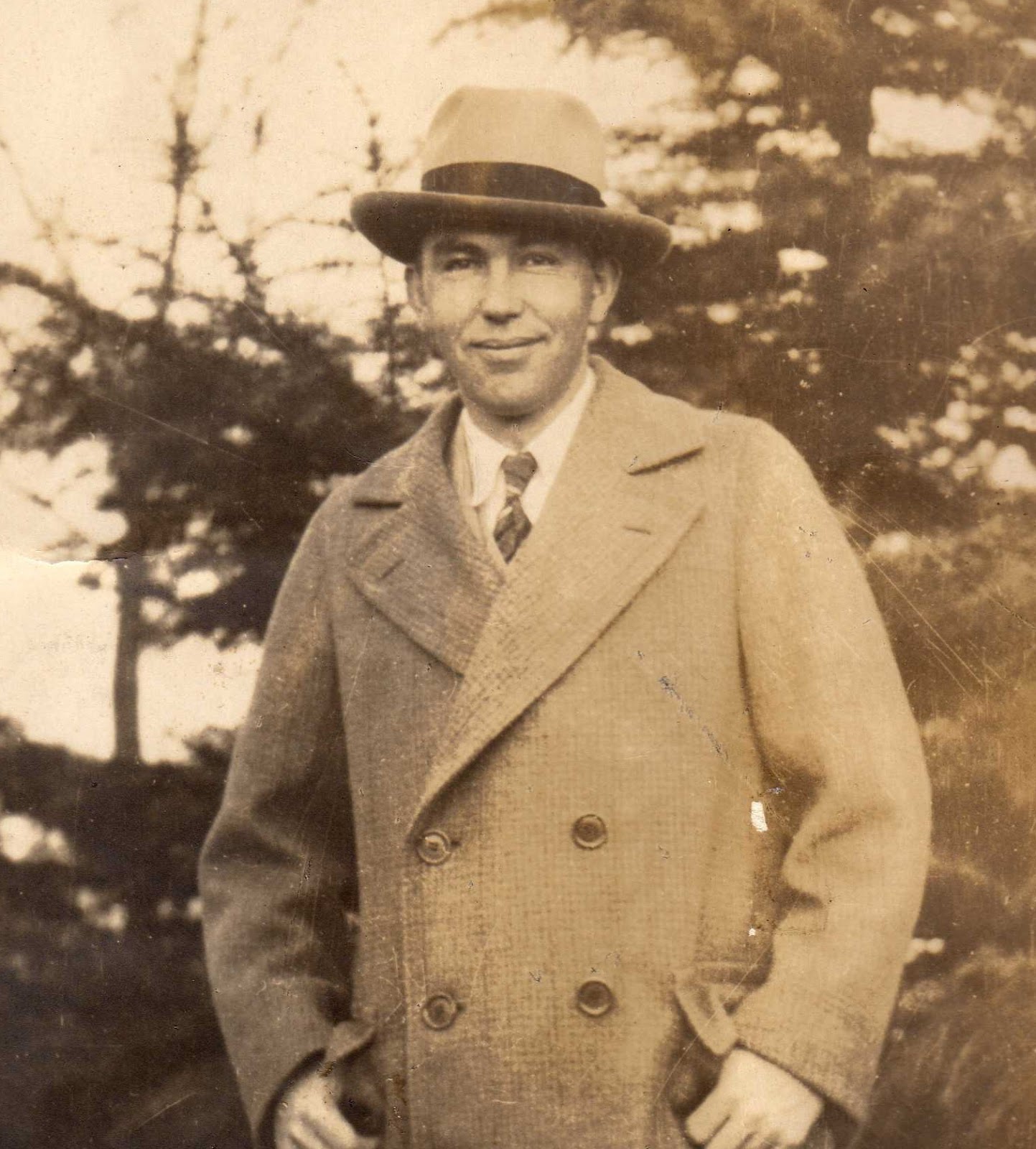 Chemistry turned out to be not only his vocation but his avocation and he worked in the field until he was 88. His work in the plywood industry lead him indirectly to my paternal grandmother.

On a business trip to Memphis, Tennessee, he called on a local plywood manufacturer intending to sell him the new glue that he had developed. Chester Bynum Allen was very impressed by Charles' vision, personality and by the fact that he was still single.
Inviting him home to dinner, he introduced him to his unmarried daughter Hazel. In less than two weeks they were married and en route to their new home in Seattle. 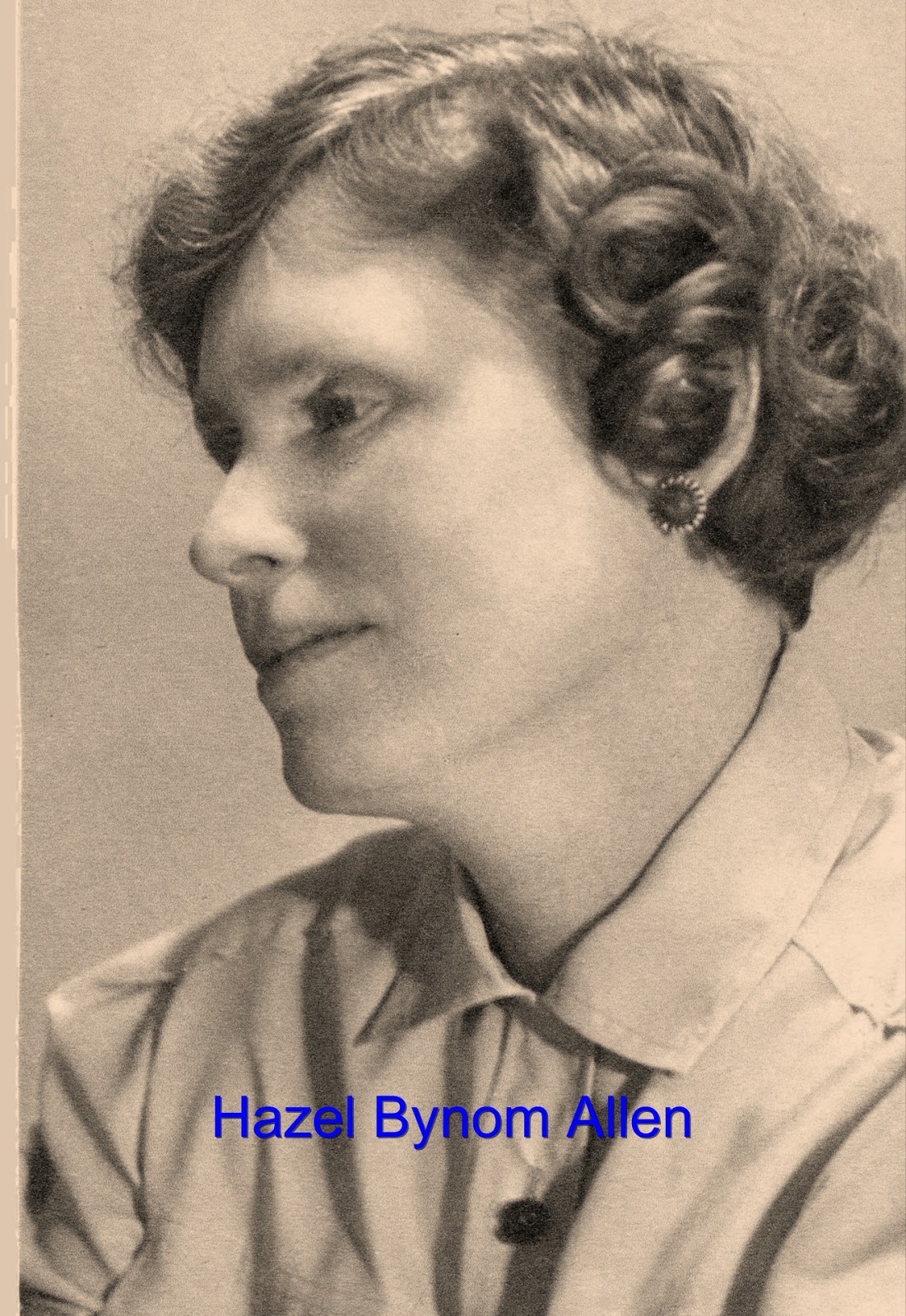 Granddaddy lived until 1988 and I was lucky enough to spend lots of time with him.

My paternal grandmother Hazel Bynum Allen was teaching school in Memphis when the gallant young Charles Cone swept her off her feet. Hazel was second for four children born to Chester Bynum and Ida Mae (DYE) Allen. She was petite and redheaded like her father.

When she was about ten, her mother was injured in a railroad accident. Her injuries were so severe that she did not walk for many years. This left Hazel with a lot of responsibility for her younger sisters. My grandfather told me that her mother had expected that Hazel would not marry and instead remain at home to care for her parents in their old age. Evidently, she had not okayed this plan with her husband.

Grandmother was less than 5 feet tall and my Grandfather at 6' 2" towered over her. But do not think that he ruled the roost. It was clear to everyone that she could stand up for herself.

My step-grandfather Kenneth M. Branchflower married by maternal Grandmother Grace in 1944. He was the grandfather we knew on that side of the family. Poppy taught us to drive tractors, trucks, about pioneering, camping, burning trash, fishing for crawdads and so much more.

There is, of course, much more to each of their stories. I miss all of them today and honor their memory and their contributions to my character.