The Luck of the Irish?

I'm not certain if you are aware of a person in your midst that has a very special talent. Today Country Living Magazine posted on their Facebook Page (okay, just go with it.... way too hard to explain) an article about the rarity of finding four leaf clovers. They say, "The odds of spotting a four-leaf clover are pretty darn small—about 1 in 10,000, actually. Chalk that up to the fact that the appearance of extra leaves is the result of a genetic mutation."

My mother, Betty Lorraine Werst Cone, had the uncanny ability to find four leaf clovers. In fact, I can not remember being out clover hunting with her when she did not find one. Sometimes, she would find two or three in a sitting. She looked every time she was outside. If we had a picnic in a park, or were putting flowers on grandparents grave, she would stop and look for four leafed clovers. She found them everywhere, Oregon, California, New Jersey, North Carolina, Texas, Colorado, Kansas. It wasn't that she just had mutant clover in her yard. 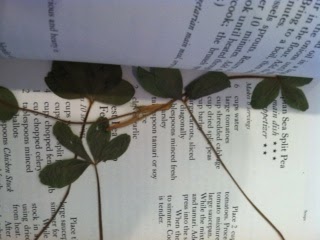 She preserved her findings, pressing them between the pages of the book she was reading, her address book, the family Bible, whatever was handy. Literally, she had hundreds stuck away for safe keeping and, of course, good luck. 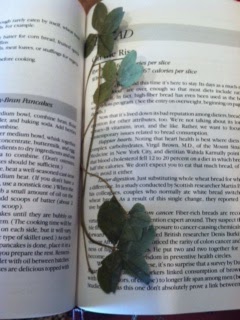 I asked my sister Peg to look in some of Mom's books to see if she could find some examples and send me a photograph to use in this post. She stopped counting at 150 four leaf clovers found in one book. Mom was certainly among the luckiest at finding four leaf clovers. 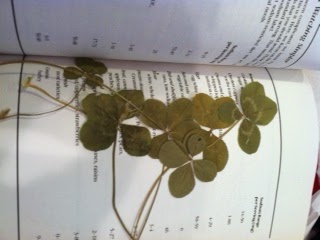