Dear Grandfather Clark,
Today as we are celebrating the 241st anniversary our Independence,  I think it is important to remember that many of our ancestors were involved in the American colonies fight for independence even before the declaration that we all hold so dear was adopted. In 1775 you raised a company from your friends and neighbors in Lebanon, Connecticut and responded to the Lexington Alarm and then marched on to the Battle of Bunker Hill. It was still more than a year to the first reading of the famous document.

The Battle of Bunker Hill has gone down in our history as such but of course, you know it was fought on Breed’s Hill. The source of the confusion seems to be that the Colonial Troops had originally been ordered by the Committee of Safety to “Bunker’s Hill in Charlestown be securely kept and defended, and also some one hill or hills on Dorchester Neck be likewise secured.” 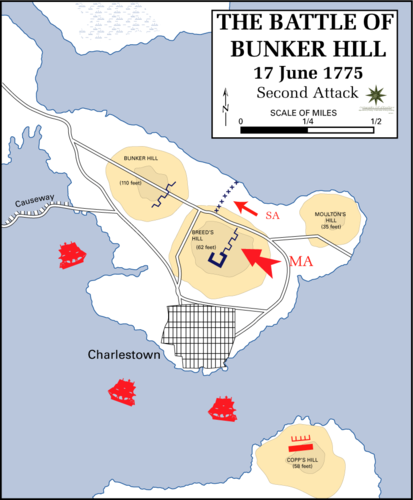 Though we do not have your description of the battle. Other first hand accounts reveal that the day was hot. The grass was unmown, reaching to the knees of the men trying to march through it. There were walls and fences to be climbed over.

People from Boston, across the Charles River, lined the shore, crowded the hills, climbed to rooftops to watch the progression of battle. British ships shelled Charleston setting houses, churches and other buildings ablaze. British General Burgoyne wrote it presented “a picture and a complication of horror and importance beyond anything that ever came to my lot to witness to.”

Were you and your troops in the redoubt that had been constructed on Breed’s Hill? We’ll probably never know how it felt to watch the scarlet clad British troops inching their way up the hill toward you. We understand that you held your fire until they were just 150 feet away. When the volley came, the British troops fell in heaps. It must have been exhilarating.

Commanding a Company of your friends and neighbors from Lebanon, you must have felt a terrible responsibility to keep them alive. Were  your sons James and Moses with you? You must have known that British would regroup after the failure of their initial assault. Given the limits of your ammunition, how long could your troops last? Could the eventual retreat be managed effectively preserving the troops to fight another day and avoid a flight of panic? There are so many question I would like to ask.

The British suffered tremendous losses, 1,054 men shot, 226 killed out right. The American losses are more difficult to ascertain. The records were not good and the troops not as organized. Volunteers from several states, such as your troops who had marched the 100 miles from Connecticut were not integrated into the records. I know you knew how many of your men were killed or wounded but it has been difficult for historians to track the numbers from all the units.

Though the Battle was an eventual loss, Americans celebrated the Battle of Bunker Hill for the tremendous showing that American raw recruits made in the face of the disciplined English forces who were the best in the world. According to a letter from General Gage to Dartmouth, Americans were “not the despicable rabble too many have supposed them to be” … they have… “a military spirit… joined with uncommon zeal and enthusiasm… The conquest of this country is not easy.”

Surely, it pointed to the need for a unified command structure. About a month later, the Continental Congress appointed George Washington, “to command all the continental forces, raised or to be raised, for the defense of American liberty.”

Today too many Americans believe that independence was all but guaranteed. The personal sacrifices made by those of you who left family, homes, farms, and businesses to put everything on the line to fight for independence are often overlooked. We can only imagine the sorrow you felt when you arrived home late in the fall of 1775 to discover that your young children Wealthy and Ernest had died within two weeks of each other in September.

However distraught, we know that you went back to your regiment and participated in the Battles for New York City and White Plains even more determined to win our independence. 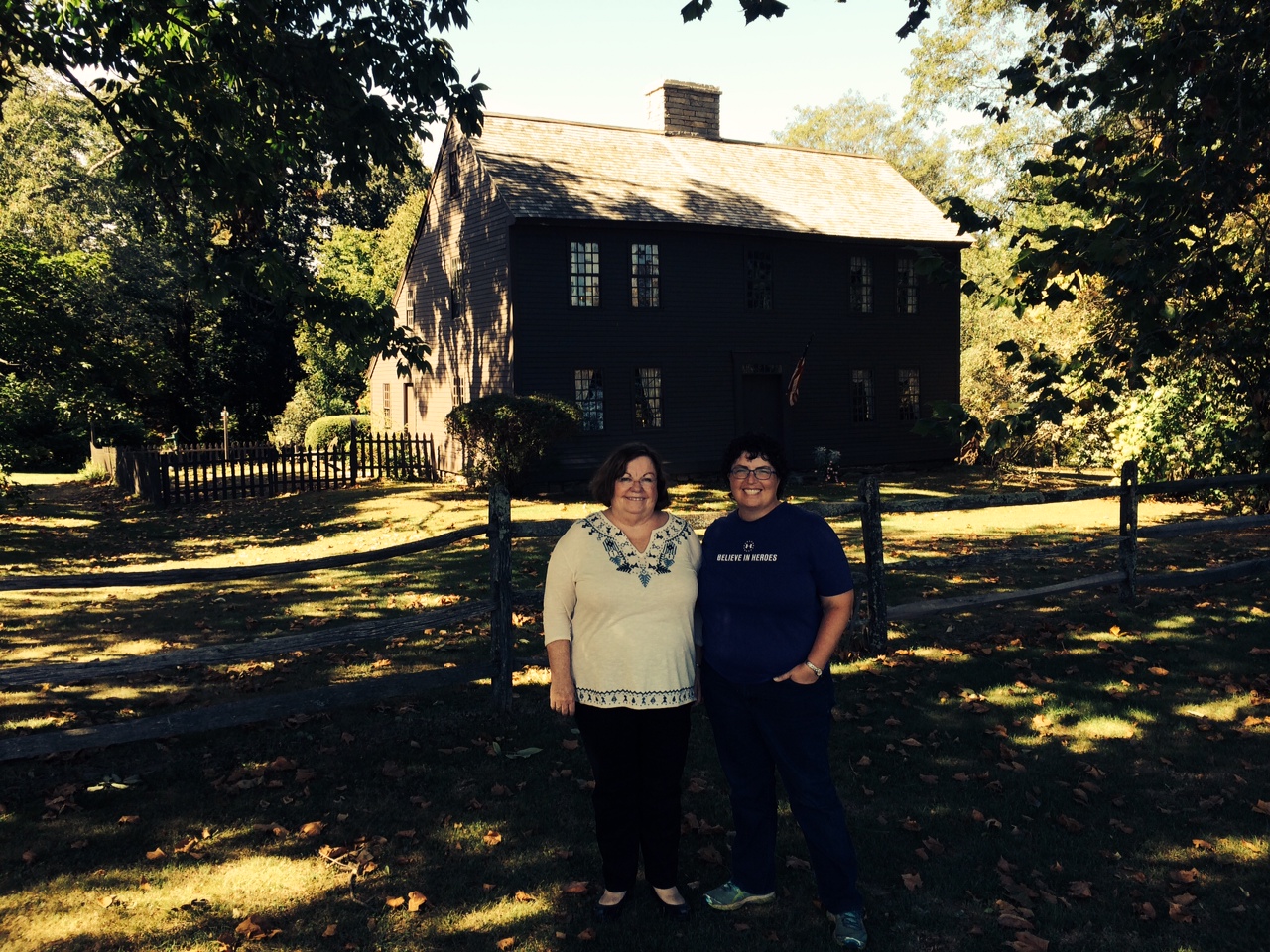 6th and 7th great granddaughters Cecily Cone Kelly and Amanda Kelly in front of the
James Clark Home in Lebanon, CT circa 2016
From author’s personal collection

We know how you how you felt about our independence from a report written in the Connecticut Courant newspaper published 10 July 1822. It described a commemoration of the anniversary of American Independence held in your home town of Lebanon. It described you, at age 93, wearing the hat worn by the late Col. William Williams at the time he signed the Declaration of Independence, giving the following toast to,
The Liberty of America, may it be as durable as the slavery would have been
Lasting had it not been gained.

The article also noted that you were accompanied by your son, grandson and great grandson on the occasion.
Image of James Clark from the occasion of the 50th anniversary of the Battle of Bunker Hill 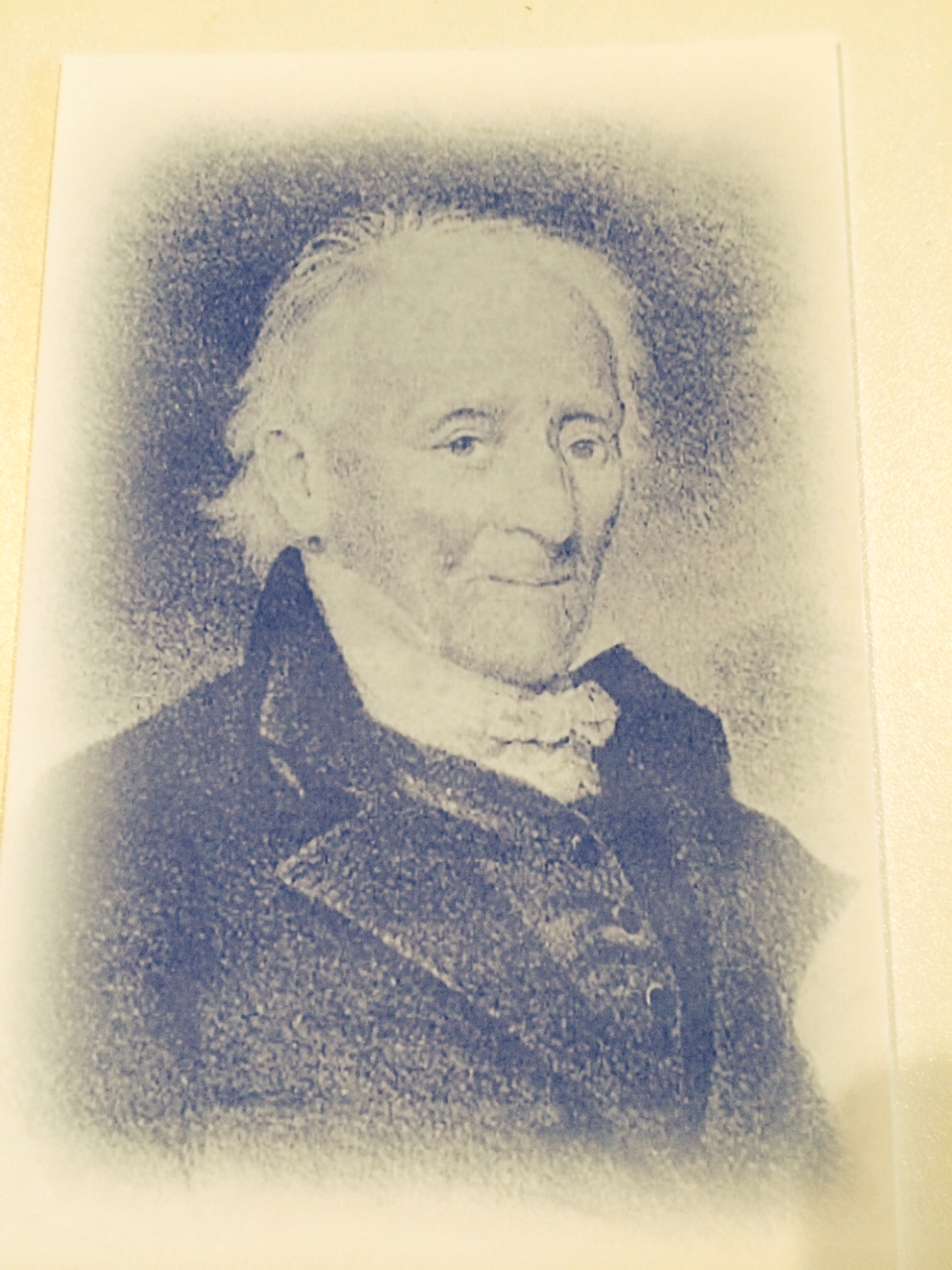 We remain dedicated to the principles of the Declaration of Independence and many of your descendants have put their lives on the line, as you did, to secure these rights. We still “mutually pledge to each other our Lives, our Fortunes, and our sacred Honor.”

For family members our descendent from James Clarke follows: