Dear Grandparents,
Yesterday Ed's brother-in-law Al Chamberlain sent the photo below of Ed's Uncle Donald.
Along with the photograph came the image of a Coast Guard press release which summarizes Donald's service to our nation. 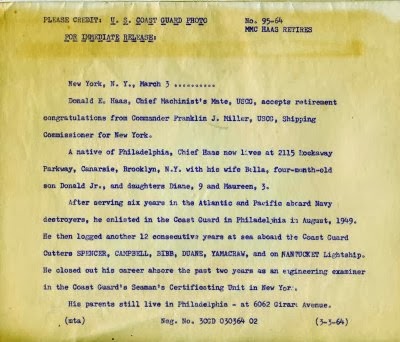 Viewing it helped me remember what a character Uncle Donald was. Ed's parents had been divorced before he was a teenager so I expect that Pauline had recruited, no, make that drafted, Uncle Donald to have that "Father to Son" talk with him. One can imagine that after twenty years in the service, the primary subject was keeping clean and avoiding disease. When we were first dating, Uncle Donald wanted to treat us to an evening meal. I think he was really trying to decide if I was an acceptable date for his nephew. He took us to watch the "trotters" at one of the race tracks in Pennsylvania and taught us how to bet on horses and what to look for. I don't remember any of us winning even $2 at the track that night.

While entering the information in my www.ancestry.com family tree, I did another search for additional records and up popped an entry for Donald Edward Haas in a new data base, the Pennsylvania Veteran Compensation Applications for WWII. They even provide the transcription of the text in the document. 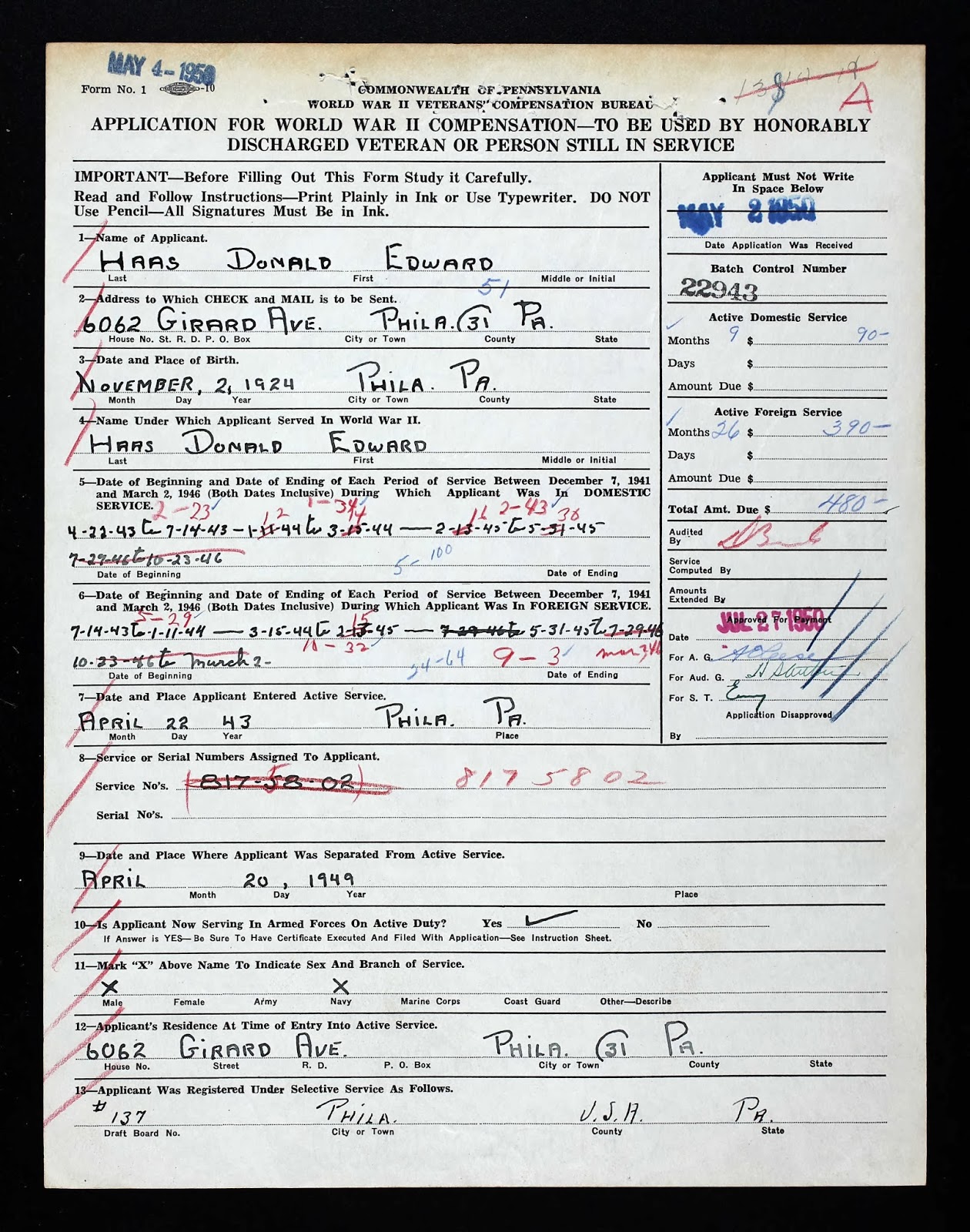 This is a treasure trove for my husband's side of the family who all came from around Philadelphia. A quick search also led me to the records for Ed's step father, Carmen Anthony Della Penna
and Uncle Jack Beaumont
Unfortunately, I will have to wait to find the application of Ed's father Edward Ebert Kelly, as Ancestry has only entered the records through the letter H.

On this 72nd anniversary of Pearl Harbor, while another family member, James "Jim" Reynolds' Pennsylvania World War II and USS Iowa BB-61 veteran's life is being celebrated, I am thankful again for their service and the records that will help us fill in the many blanks.