Dear Grandmother Martha,
Today's challenge for Women's History Month is to take a family document and write a brief narrative about it. I chose to write about your death certificate for several reasons. First, it took me a long time to find it, mostly because I was looking in the wrong decade. You see, I had no idea that you were the longest lived of all my female ancestors, ninety-six years, two months and fifteen days.
Your husband, Jehial Talmadge Allen, had passed in 1913 and few of my female ancestors had outlived their husbands.

It was only in rereading my father's, Charles Newton "Chuck" Cone, Jr., baby book, meticulously kept by your granddaughter Hazel Bynon (Allen) Cone, that I discovered you were still alive when he was born. One page contains a list of gifts sent to the baby upon his birth 8 June 1927 in Memphis, Tennessee. Today, most of us would not expect that a child born in 1927 would have had two living great grandmothers. Baby Chuck was lucky enough to have both you and his great grandmother, Mary Elizabeth (Clarke) Newton, in his life. 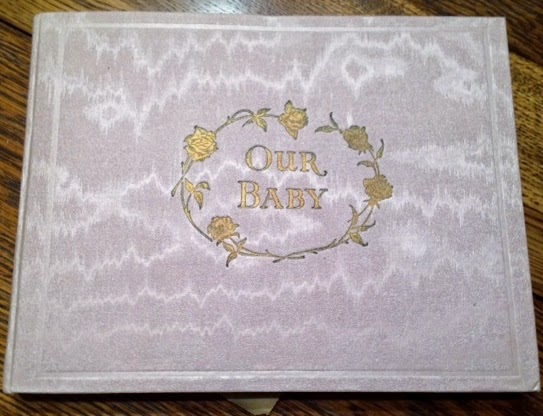 Expanding my search to the 1930s, I was able to locate your death certificate on line at www.ancestry.com. It was a treasure trove, giving your birth date, 7 February 1838 and the names and birth places of your parents, William Bynon, Wales and Elizabeth Maurice, England. I realize that your daughter Elizabeth "Bessie" (Allen) Metcalf provided the information for the death certificate so it may not be completely accurate, but it has provided lots of clues.

The death certificate also states that you fell at home on 21 March 1934. I do not know if you broke a hip in the fall which is a common problem for senior citizens today.  Dr. J. H. Keehan wrote that senility and shock from the fall contributed to your death which was due to cardio and renal failure.
I want to concentrate on the amazing things you must have seen in more than 96 years living through the civil war and going from the horse and buggy age to that of automobiles and airplanes! I would love to be able to talk with you about all those things. I also wish that I had a photograph of you that I could share.