Dear Grandparents,
In the ongoing discussions about refugees, it seems common to attribute one's birth in the United States as merely the result of luck. Somehow that seems to negate your efforts to find safe havens for your families, a place to practice your religion freely, and a place where the ownership of land and a better life was possible. These desires were probably as universal among those early immigrants leaving war, religious persecution and societal restrictions behind as they are today.  In the case of our 17th century English immigrant ancestors, they had endured more than 100 years of religious chaos as England vacillated between the Roman Catholic Church and the Church of England. As we ready ourselves to celebrate Thanksgiving, I want to thank all of you for your courage and commitment. We, your descendants, continue to benefit from your efforts.

Thanksgiving traditions in the United States have roots in the settlement of the Pilgrims in Plymouth. We have several ancestors who were part of the Mayflower community: William Brewster and his wife Mary, William Bradford and his wife Dorothy (May), Stephen Hopkins and son Giles, and Edward Doty who was indentured to Stephen. I thought I would share what I have learned about these brave people beginning with William Brewster.

William Brewster is presumed to have been born in or near Scrooby, Nottinghamshire, England in 1566 or 1567.  The exact date of his birth has not been discovered but according to the affidavit made at Leyden, June 25, 1609, in which "he, his wife Mary and son Jonathan declare their ages to be respectively 42, 40 and 16 years."[1]  He is the son of William Brewster who was appointed bailiff and postmaster at the manor house in Scrooby that belonged to the Archbishop of York.

It is not known how long William studied at Peterhouse College at Cambridge University. He matriculated there December 3, 1580 and studied Latin and Greek but there is no record of his receiving his degree, so it assumed that he left before graduating. After leaving, he became an assistant to William Davison, Secretary of State to Queen Elizabeth I. He accompanied Secretary Davison on his posting to the Netherlands in 1585 and served him until Davison's downfall in 1587 after which he returned to Scrooby.

William's father died in 1590 and he took his place as postmaster, an office he held until 1607, and lived at the manor house in Scrooby. He opened his home to the other members of the Pilgrim congregation for their weekly Sunday meeting. These meetings were eventually discovered and to escape prosecution the Brewsters and several other members of the congregation fled first to Amsterdam in 1608 and then to Leiden in 1609. It was probably more difficult for Brewster to support his family in Holland as he had been a government official in England and not a tradesman. He eventually found work tutoring students at the University of Leiden in English and Latin.

Map of Scrooby with inset to show location in England[2] 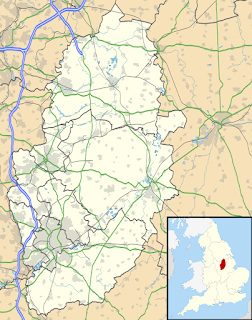 William also joined with other members of their sect in publishing books and pamphlets supporting the separatist religious movement which were then secreted into England. When these were traced back to William, the English pressured the Dutch government to stop their export. With authorities of two countries breathing down their necks, the congregation decided to establish a colony in Virginia where they could pursue their religion without fear of reprisal.

As the second ranking member of the congregation, behind pastor John Robinson, Elder William Brewster was urged to make the trip across the ocean on the Mayflower. He and his wife Mary decided to take their two youngest children, Love and Wrestling, with them. My 10th great grandmother, Patience, stayed behind arriving on the Anne in late July 1623.[3]

William Brewster continued to minister to the Plymouth congregation for the rest of his life but he also worked in the fields and participated in the colony's militia. William Bradford writes in his History of Plymouth Plantation, Elder Brewster "was in no way unwilling to take his part and bear his burden with the rest." John Abbott Goodwin writes in Pilgrim Republic "The good Elder fights as he prays, though he would far rather convert an enemy than hurt him, he would not dream of letting him first fire."[4]

Elder Brewster died at Plymouth, 10 April 1644. He had not made a will however the careful inventories prepared by William Bradford, Thomas Prence, Capt. Miles Standish and Mr. Reynor leave us a complete knowledge of the contents of his home and library. These list can be found in The Brewster Genealogy at the  following https://books.google.com/books?id=fsEGAwAAQBAJ&printsec=frontcover&source=gbs_ge_summary_r&cad=0#v=onepage&q&f=false

My descent from William and Mary (unknown) Brewster is listed below. I am using the standard genealogical format which numbers the immigrant generation as 1. Changes in surname occur when the descent is on the female side. I hope this is an easier format to understand. Also, not surprisingly, my descent comes from two of William's granddaughters. Hannah and Mercy Prence are both daughters of Thomas and Patience (Brewster) Prence.

Thank you for your bravery and determination, Generations of your descendants have benefited from your efforts.