Dear Grandparents,
Each year on November 11th, we honor our country's men and women who have served in our armed forces in both peace and war. This November is the first since 1971 where the family has no one currently serving on active duty. In the honor of those who served, I am endeavoring to put together a list by name, rank and service. These are the family members who have served in the 20th and 21st centuries, I'll cover the 18th and 19th centuries in another post. If you have additions or corrections please leave me a comment.

Their contributions represent over 100 years of service to our country.

Our family has been blessed that only one member was killed in action. Phelps Wilson Long, Jr. was the daughter of my Grandmother Hazel Bynon Allen Cone's sister Martha Marinda Allen Long. Phelps was my Dad's first cousin. He enlisted in the United State Marine Corps shortly after the Japanese attack on Pearl Harbor and was trained at New River, North Carolina. He was part of  Company I, 21st MAR, 3rd Marine Division. 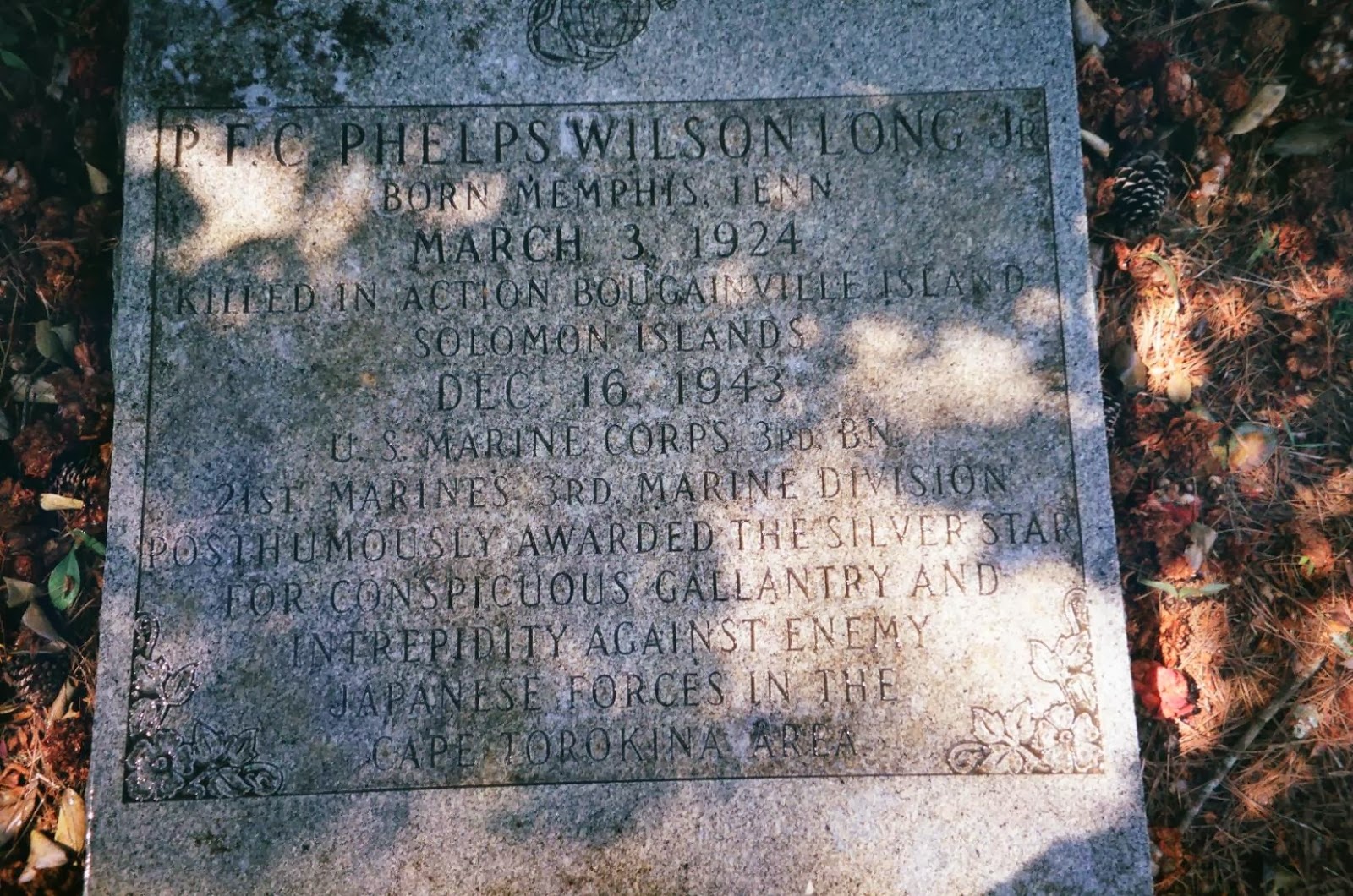 He was killed in action at Bouganville, Solomon Islands on December 16, 1943 and posthumously award the Silver Star for Conspicuous Gallantry and Intrepidity Against Enemy Japanese Forces in the Cape Torokina Area. I do not know if his body was returned to the family for burial in Florida or if they erected the marker just in remembrance. Once while visiting Oahu, My mother, Ed and I paid our respects at the Punch Bowl National Cemetery in Honolulu. My mother had been under the impression that Phelps was buried there but we did not find him.

Thank you all for your service. For the time you spent away from spouses, children and homes which did not come without sacrifice on both your part and that of your families.

Love,
Cecily
Posted by Cecily Cone Kelly, One Bad Apple Genealogy at 8:11 AM