Dear Grandparents,
Just to let you know that you are being reunited with my mother Betty Lorraine Werst Cone today. She left us this afternoon after a long struggle. We are grateful that her passing was calm and peaceful. She will be greatly missed by her children, grandchildren, great-grandchildren, sister, nieces and nephews as well as friends.
I've been thinking about how many of you she will be wanting to see. Her husband, Charles Newton "Chuck" Cone, Jr. who died in 1992 will probably be first on the list.
She was very close to her mother Grace Colby Werst Branchflower who left us in 1973. 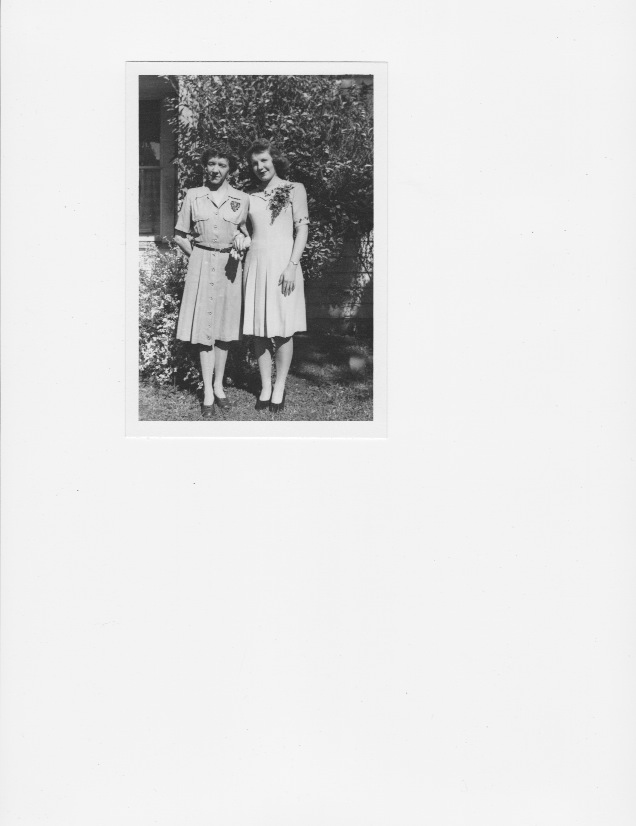 I fervently hope that she will be reunited with her father Cecil Oscar Werst who died before she was two when he was only 27. She was the apple of his eye and I'm sure it must have seemed very cruel to have been parted from him so early.

After his death, Betty was sent to live with her Aunt Madge Colby Massey and her husband Hal in Pendleton, Oregon. She lived there until she was reunited with her mother and sister Helen and they went to live with her maternal grandfather on Pinelawn Farm in Newberg, Oregon. William Wallace Colby died in 1936.

My sister Leslie, husband Ed and I were able to be with Mom when she died. We were able to tell her we love her and ease her passing.  In looking back a few hours later, I am wishing that I had time to mention a list of you grandparents that I really want her to contact and find some way to send back the answers to some of my brickwalls.

I know you will welcome Mom with open arms. I do wish you would find some way to drop me a few clues.... just asking...