Dear Grandfather and Grandmother Colby,
It is not often when I am drafting these letters, that I can combine a Surname Saturday article, with a brick wall post and a commemoration. We'll start with the celebration. Today we are remembering the 158th anniversary of the day you married. William Henry Colby and Fannie Hutchison Hunnewell were united in marriage 11 May 1855 in Lake County, Illinois, the record is 093M088. Your marriage lasted 55 years, till Grandfather Colby died January 3, 1911.

I know a lot about Grandmother Colby's family, the Hunnewells back to their immigration from
Devonshire, England in the 17th century. The Colby's however are a brick wall. I have not found a clue that identifies the names of your parents. 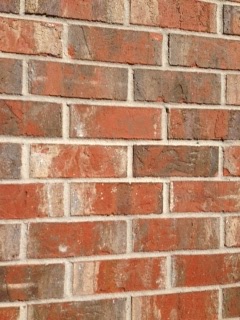 Each time you were asked to identify the state of your birth, you said New Hampshire. That connection in New England may well tie your family to Anthony Colby one of the original settlers of Salisbury, Massachusetts. He was of English origin and immigrated to Boston with the Winthrop Fleet about 1630.  Anthony's descendants are organized, with website, The Colby Family Association , reunions ,etc. He was one of the founders of Amesbury, Massachusetts and one of the properties he owned still exists.
Alas, as much as I would like, I can not claim relationship to Anthony Colby's clan for you. It does seem likely, but we must find proof. There are also Colbys of German origin who have anglicized their surname for Kolbe, as well as Norwegian. The surnames all seem to indicate people who have come from regions where coal was found.

So Happy Anniversary and any help in tracking down your parents would be much appreciated.
Love,
Cecily
P. S. Your Granddaughter and my Grandmother was very proud of her Colby heritage. I named a daughter for her so you have a 3rd great granddaughter named Colby.