I'm behind on my weekly surname posting. Last week we talked about one of our English ties, this time we're looking to mainland Europe with Puterbaugh. Germany is undoubtedly the origin of the surname Puterbaugh. It is the name of a small town in the Rhineland - Palatinate area of Germany but there certainly may be more than one place with the name. The word may be used to designate a  fast moving stream. 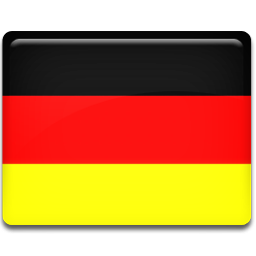 There are many variations of the spelling of Puterbaugh probably owing to the easy confusion in English of the pronunciation of the German b/p and d/t sounds. The family name here is written Puterbaugh, Puderbaugh, Butterbaugh, Puderbach, etc. One wonders how George pronounced his name.
I wish I could ask if George was from the Rhineland area in Germany. He and his family were members of the Brethren or Dunkers Church, a sect of German Baptists who were from the north Rhine Westphalia area of Germany.
We are not certain when my 5th great grandfather George Puterbaugh arrived in Pennsylvania. He married Christina Adam, a native of Lancaster, Pennsylvania in 1756. Peter Wilson Coldham, in his book "Settlers of Maryland 1679-1783" lists George as having "purchased 9 acres of land in Frederick County, Maryland 18 Feb 1768." (page 542). There was a border dispute between Maryland and Pennsylvania over land in this area of Frederick County so I am not certain if the Puterbaugh's relocated or the boundary was moved, but they are soon described as living in Bedford County, Pennsylvania.
George was a Revolutionary War patriot. He is listed in the Pennsylvania Archives as having "rendered aid" i.e. "paid Supply Tax to support the Revolution." In the Daughters of the American Revolution ancestor data base, George is listed as George Butterbaugh but he is our same George married to Christina Adam. He and Christina had 8 children and firmly established the Puterbaugh clan in the United States.
Love,
Cecily
P.S. For family members... Cecily Cone, daughter of Betty Werst, daughter of Cecil Oscar Werst, son of Lewis and Mary Barnes Werst, son of George Washington West and Elizabeth Puterbaugh, daughter of Jacob and Magdelene Schlechty Puterbaugh, son of Jacob Puderbaugh and Susannah Ulrich, son of George Puterbaugh.
Posted by Cecily Cone Kelly, One Bad Apple Genealogy at 7:24 PM